Black Pepper also called as "Black Gold" is cultivated for its fruit, which is usually dried and used.The fruit, known as a peppercorn when dried, and the powdered pepper derived from grinding them, may be described simply as pepper, or more precisely as black pepper (cooked and dried unripe fruit), green pepper (dried unripe fruit) and white pepper (dried ripe seeds).

Dried ground pepper is been used as both as a flavour and as a medicine. Black pepper is the world's most traded spice. Pepper is native to India and has been known to Indian cooking since at least 2000 BCE.
Two world famous types of pepper come from India's Malabar Coast. Malabar pepper and Tellicherry pepper. Tellicherry is a higher-grade pepper, made from the largest, ripest 10% of fruits from Malabar plants grown on Mount Tellicherry. 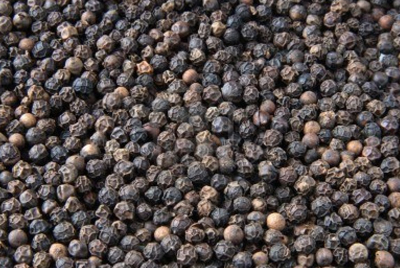 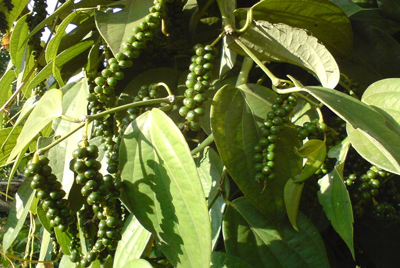 Our pepper is sourced from reliable farmers/cultivators from the above two areas and is carefully sorted and cleaned before steam sterilization and packing. We are offering packaging from 50 grams up to 25 kilograms.